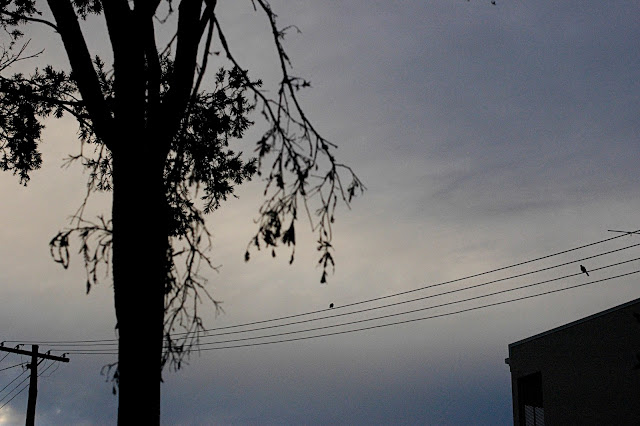 There's a sting of it in the evenings and the mornings, before the sun beats it out. But there's no snow, no ice, and you can still get a sunburn; the bougainvillea's flowering at the corner of the deck, the passionfruit vines up the house a bit more each day.

So it's not much like the winters I grew up with in Iowa - building snow forts that lasted for weeks, careening down the hill on a little saucer sled. But it's winter, for sure.

And you know what winter calls for, don't you? 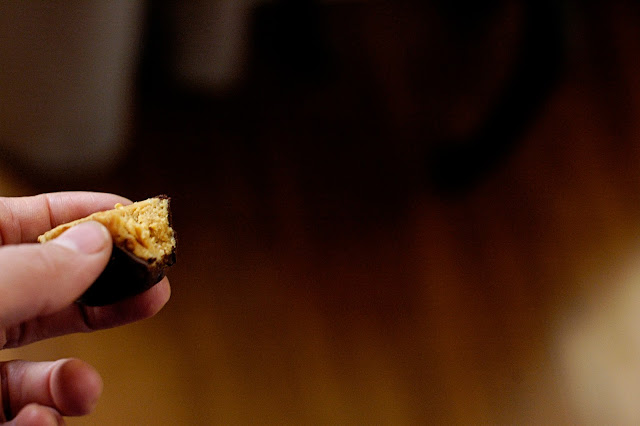 But more than that. Peanut butter, too.

I made these chocolate-peanut butter balls this week for a quick and easy after-dinner dessert, after a vegan feast I put together for Robbie's lab from the cookbook Jerusalem. On a side note, that book is AMAZING - really, if I'd taken pictures of our dinner, you'd be seeing almost all of it - but I had to look elsewhere for dessert. I needed fast and easy and vegan, and something I could make from my pantry.

Yes, dessert was an afterthought. Guess it goes to show how inspiring Yotam Ottolenghi's salad and grain recipes were.

There are a fair few chocolate/peanut butter ball/cup recipes out there, but I wanted something vaguely healthy, too. Angela didn't let me down. These little balls require only a few nutritious ingredients (dark chocolate! peanut butter! coconut!) and come dangerously close to satisfying my cravings for Reese's Peanut Butter cups. I'm in biiiiiiiig trouble.

I followed the original recipe pretty closely but added a little too much coconut flour, so they came out a bit stick-to-the-top-of-your-mouth-y. But I can live with that. These peanut butter cup wannabes are even better after a couple days in the fridge, and I shudder to think how good they might be out of the freezer.

I had to eat two just to get the picture you see above.

NOTE: it's less fiddly to do these as balls than cups and doesn't use all the paper wrappings, too!

Process
1. Mix the peanut butter with the salt (if needed) and the syrup or honey until it's thick. In the original recipe, Angela talks about how the PB thickens up after a few minutes of stirring. Mine was always thick.

2. Add coconut flour a little at a time until the mixture is the texture of cookie dough and can be rolled into smooth balls that don't fall apart. I didn't need much flour at all with the peanut butter I was using, but at least put in some, because it gives nice tooth-feel. ;)

3. Stir through the rice cereal. Definitely don't skip it - you want the little crunches as you bite in.

4. Form the mixture into tablespoon-sized balls and put them on a sheet covered in baking paper. Set aside or in the fridge while you make the chocolate coating.

5. Microwave or stove-warm the chocolate and coconut oil over medium heat, stirring regularly, until it's all melted together. Let it cool a little bit.

6. The original recipe suggests spearing a ball on a fork to coat it, but I preferred a plop-and-recover method using a spoon. This fancy technique entails dropping a single ball into the dish of chocolate and fishing it back out with a spoon, before returning it to the tray. When all the balls are done, pop them into the freezer for 10 minutes or so until the chocolate has hardened.

7. Serve these cool or at room temperature, and store extras in the fridge. Just remember to WASH or SOAK your bowl and spoon straight away or the chocolate will harden into something like titanium on them.

PS. I've always found it difficult to make those 3-ingredient peanut butter cookies you see on the web - something about all that peanut butter … But these? No problems at all.
Damn.
Axx 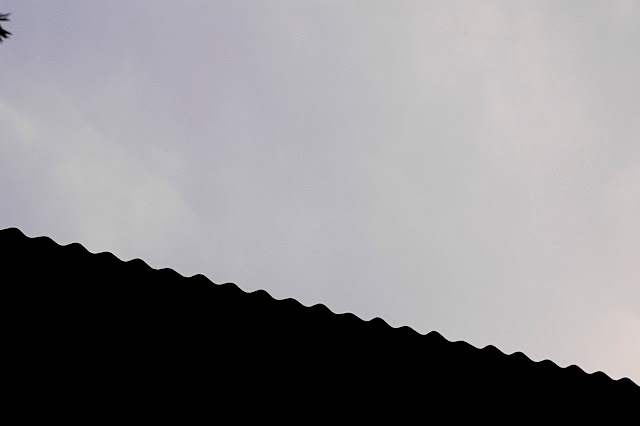