How to Make a Damn Good Pickle 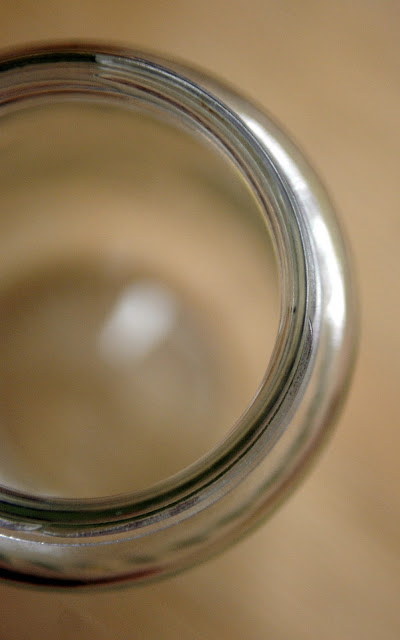 I always thought I was a jar-half-full kind of girl ... till I took one of those women's magazine quizzes and learned that I'm (apparently) a pessimist. And even though I know those quizzes don't define me - even though I know there's more to me than one. single. label. - I still felt like a failure.
I mean, I'm alive, right? Shouldn't I be cheery and positive all the time? Obviously not = failure.
(In my mind, anyway).
So then I sit back with my sympathetic glass of red and wonder:

Will it damage Nelle to grow up with a 'pessimistic' mother?
Will I cause my own cancer to come back - via sheer pessimism?
and then ... Are these pessimistic questions?

Ultimately, I realise it'll actually damage Nelle more to have a mum who's incessantly worrying about being pessimistic. And who drinks glasses of wine in the middle of the afternoon ...

So Nelle and I cut the magazine into several hundred pieces and glue them merrily onto coloured paper.

And now ... how to make the best damn pickles in the universe.

Before we even start, you get to eat a whole melon - though I wouldn't advise doing that in one sitting ...

When you're done, save the rind! That's where we begin ... 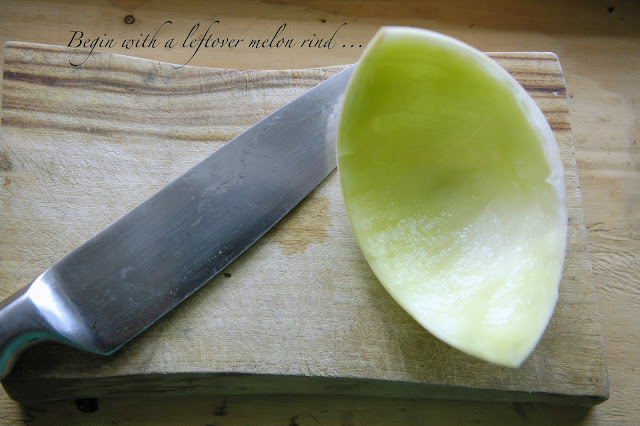 The very best part of these pickles is, of course, their taste. But aside from that - you get to use part of a beautiful fruit that you'd end up throwing out. Melon rind. And though the original recipe uses watermelon, I actually prefer honeydew. This recipe is based around the rind of one honeydew melon. 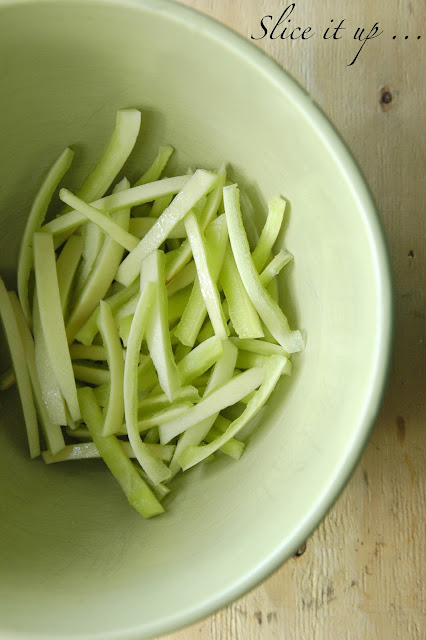 1. Slice up the melon rind as thinly as possible. Sometimes I use a mandolin to create translucent, paper-thin slices. Sometimes I just use a knife and they end up chunkier. The size of the slices doesn't affect the flavour, just the texture of the final pickles, so don't worry too much. 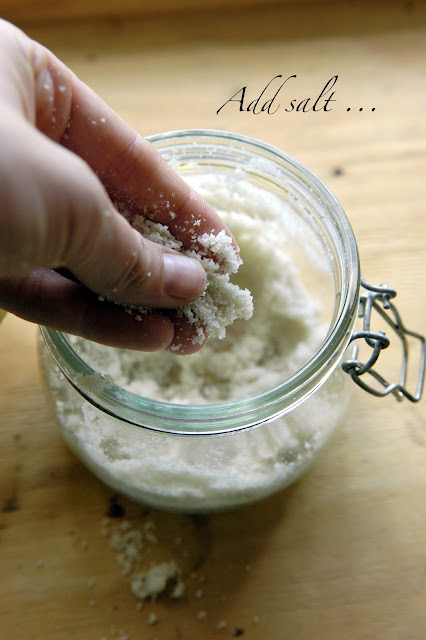 2. Put the rind into a large bowl, sprinkling 1/3c of salt over it as you go. Then add enough cold water to cover, put a lid on the bowl, and leave it all to soak overnight.

3. The next day, drain the rind and rinse in cold water. Put it into a saucepan with enough fresh water to cover and boil for 5-15 minutes, until tender (this will depend on how thick your slices are). Drain and set aside. 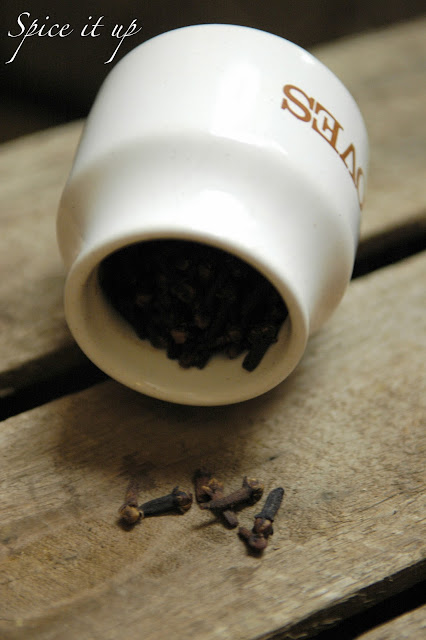 5. Turn off the heat, add the rind, cover the pot, and leave for 2 hours or so ... so the rind can soak up all that flavour. 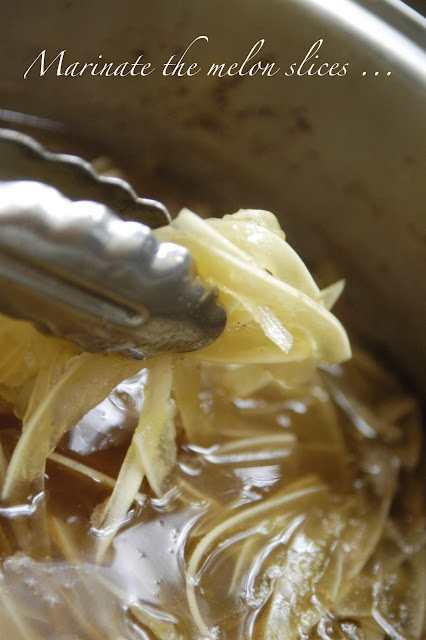 6. I save vacuum-seal jars from store-bought food to use for my pickles and chutneys and jams. For pickles, try to use ones with coating on the inside of the lid - otherwise the vinegar can cause the metal on the top of the lid to go rusty.

7. When you're getting close to bottling your pickles, sterilise a 600mL jar (or a couple of smaller ones) by washing it in hot, soapy water and then drying it in the oven at 100C (200F) for 20 minutes.

8. Bring the pickles back to a boil in their marinade, and then pack them into the hot jar. Top up with the vinegar solution so that the pickles are completely covered. Screw the lid on tightly - and as the jar and its contents cool, the lid will seal itself. Making a very-satisfying and sometimes-startling POP.

*You'll likely have extra vinegar solution left-over, but I always err on the side of having too much rather than not enough. You don't want to have to top up with water. 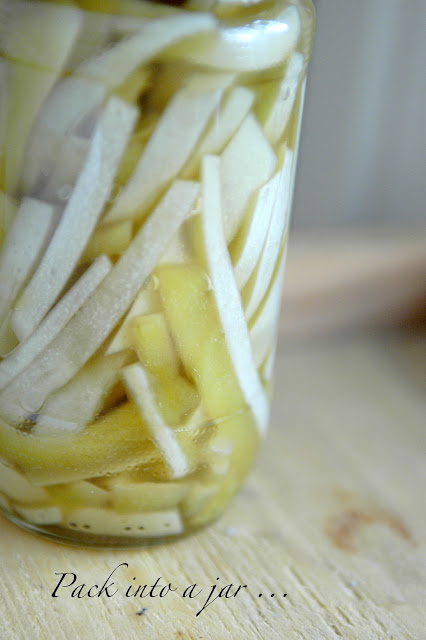 The flavour of the pickles will develop over a few weeks, so it's best to leave them in a cool, dark cupboard for a month before eating. After opening, store the jar in the fridge and try to use them up within a month or so.

Serve as you would sweet cucumber pickles - with sandwiches, burgers, or if you should happen to be pregnant - ice cream.

The cost
Well, think of this ... instead of running out to buy cucumbers to make traditional pickles, you've given a bit of unloved melon rind a new, happy life. So the main part of this dish is free. All in all, my jar of organic honeydew pickles cost about $1.60 to make.

So hey - it's the weekend ... go out and buy yourself a plump green melon, eat it up, and don't you dare throw out that rind.

Have a great one!
Amanda xx
Labels: For Vegan Tendencies Fresh Twists on Traditional Fare Inspired Gifts It's Better When You Make it Yourself Salads and Sides Use Thrifty Ingredients Using Stuff Up Waste Less